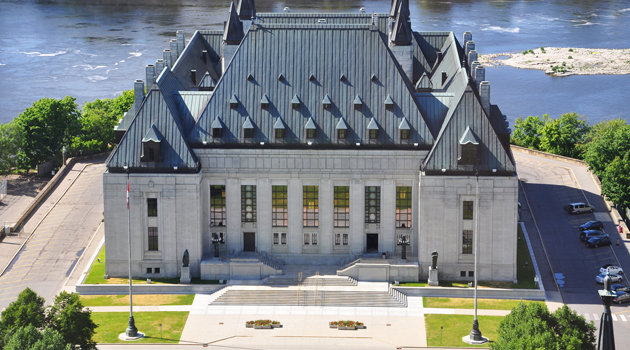 Hail to the new chief justice of the Supreme Court of Canada — Justice Richard Wagner, replacing the outgoing Beverley McLachlin, who served in the position for 17 years.

Here’s what McLachlin had to say about her successor: “I congratulate Justice Wagner on his appointment to this important and challenging role … Justice Wagner is a distinguished jurist and a person of deep integrity. I am confident he will lead the court with wisdom and skill.”

Wagner is 60 years old, a former commercial litigator and bilingual. He was appointed to the bench in 2012 by Prime Minister Stephen Harper. He is from Quebec, so his appointment respects the unwritten convention that sees the chief justice position alternate between the country’s civil and common law systems. McLachlin hailed from the common-law jurisdiction of Alberta, so her successor was always likely to be someone from Quebec, which maintains three spots out of nine on the court.

Likely — but not definitely. Prime Minister Pierre Elliott Trudeau broke with tradition in 1984 when he named Justice Brian Dickson (originally from Saskatchewan) to succeed Bora Laskin (from Ontario). But Trudeau Sr. previously had offered the position to the senior Quebec justice on the court, Jean Betz, who turned it down for health reasons.

In similar fashion, many court-watchers speculated that his son, PM Justin Trudeau, might disregard the tradition of alternating between common and civil law judges — but for entirely different reasons. Speculation started in November when Trudeau was set to fill McLachlin’s soon-to-be-vacant seat, which by tradition would be held by a judge from western Canada. Some thought Trudeau would use the occasion to appoint the court’s first-ever Indigenous Supreme Court judge. Mary Ellen Turmel-Lafond, Saskatchewan’s first female Aboriginal judge, was rumoured to be a strong contender for the post.

This could have presented Trudeau with an opportunity to score another first — by immediately elevating the new appointee to the position of chief justice, a position never held by a person of First Nations origin. That would have been a break from tradition on two fronts; chief justices of the Supreme Court are generally elevated from the court’s current bench, not appointed from outside.

When Trudeau named Sheilah Martin from Alberta to fill McLachlin’s shoes, talk of an Indigenous chief justice ceased and attention turned to the other members of the court in contention for the top job. The Quebec justices were relative newbies, however; Wagner was appointed just five years back and Clément Gascon and Suzanne Côté joined the court only three years ago.