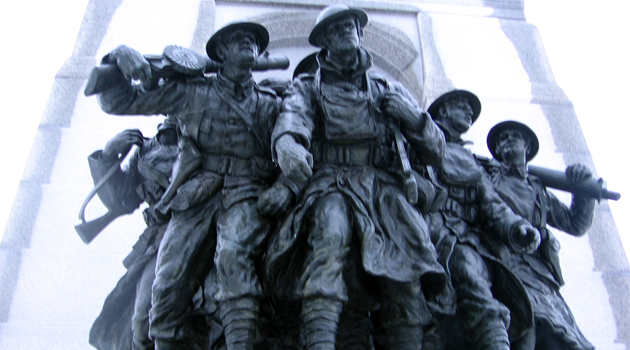 No, Prime Minister Justin Trudeau shouldn’t have lost his cool in the House of Commons the other day. When a vote didn’t proceed fast enough for his liking, Trudeau morphed into a spoiled toddler who wanted his toy RIGHT NOW, rushing the floor, grabbing one opposition MP and elbowing another. Despite the PM’s apologies, it remains a bully moment that cast a shadow over his party’s ‘sunny ways’.

Unfortunately, it’s also overshadowing the far more serious instance of bullying that the Liberals are inflicting on Canadian veterans. This week, the government chose to revive the Harper government’s efforts to shut down a class action lawsuit launched by six war veterans against the federal government.

The vets claimed the Tories were discriminating against combatants in modern-day conflicts, such as Afghanistan, by offering them lump-sum payments, rather than the life-long pensions paid to veterans of older conflicts, such as the Korean War. The issue cost the Conservatives support among veterans’ groups — a traditional base of support — and became a black eye for a government that loved to play up the importance of Canada’s military.