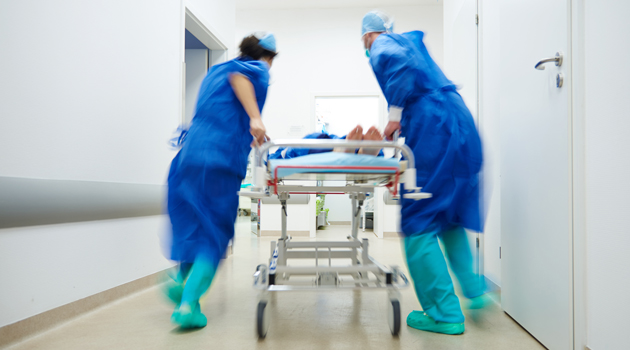 Happy New Year — or should we say, here we go again? Just three days into 2022, Ontarians were greeted by the sight of an ashen-faced Premier Doug Ford intoning that the new wave of the pandemic is like “nothing we’ve ever seen” and that a “tsunami” of cases is about to swamp the province’s health-care system. With hundreds of thousands of new daily COVID-19 cases possible in the coming weeks, Ford warned, even a one per cent hospitalization rate would mean 1,000 to 2,000 people arriving at hospital each day — an unsustainable situation, particularly as hospital workers themselves fall ill and can’t come to work. Concluded Ford, “Omicron isn’t like the other variants: It’s much, much more transmissible so the math isn’t on our side.”

This is true — but it’s not news. Ford had the math three weeks ago, when the Ontario Science Table reported that it had tracked 30 cases of Omicron per million inhabitants as of Dec. 10. That’s 450 cases for a province of 15 million people. By then, the world knew that Omicron cases double every two to three days. So if current levels of contacts were maintained, Ontario would have roughly 30,000 cases a day by Dec. 28.

From there, the numbers can explode into the hundreds of thousands a day — the situation Ford says the province could be facing this month. The Science Table even provided a handy, if horrifying graph in Christmas colours of red and green, illustrating what would happen if the government didn’t take action immediately. The Table recommended a “circuit breaker” to reduce contacts between Ontarians by 50 per cent. That would have held cases down to 5,000 a day, instead of whatever it is now, which we don’t even know because the province’s test capacity is maxxed out.

Instead, on Dec. 17, Ford announced a 50 per cent reduction in capacity in a host of businesses and venues . But it didn’t apply to weddings, funerals, or other religious services. Alcohol and food sales were restricted, restaurant tables limited to 10 diners, and dancing and singing prohibited apart from performers. As for indoor gatherings, they were capped at 10 people, and 50 for outdoor gatherings. Boosters were made available for more age groups, producing a veritable Hunger Games scenario that crashed the government’s website as millions of people struggled to book appointments.