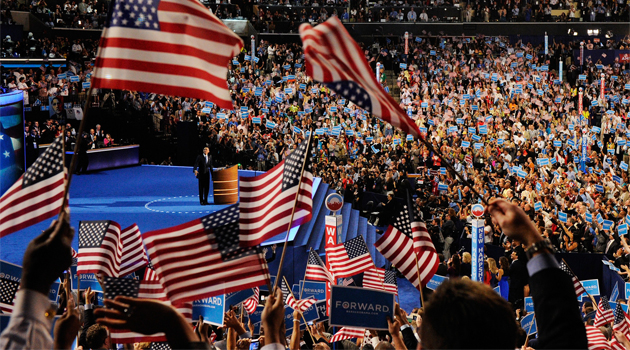 The Dems had the glamour in Philadelphia. That might not help them.

Over the last fifty years, American presidential politics and celebrity have become intertwined to the point where they’re almost inseparable. From Marilyn Monroe serenading John F. Kennedy on his birthday in the 1960s, to the presidency of actor-turned-politician Ronald Reagan in the 1980s, to the current candidacy of reality television star Donald Trump and the parade of stars at this week’s Democratic convention who are “with Hillary” — Hollywood and Washington arguably have never been closer.

At the same time, the gulf between the political establishment and the voter has never been greater. Both the Republican and Democratic Party races have been upended by a revolt against party elites. For the Democrats, that meant diverting support away from Hillary Clinton to upstart Vermont Senator Bernie Sanders. For the Republicans, that meant establishment Republicans such as Jeb Bush didn’t stand a chance against the “populist” Trump. Even being a political maverick wasn’t enough: Republican Senator Ted Cruz may have filibustered his way into the history books, but he was no match for a bona fide political outsider.

Is there a connection between these two phenomena? Is America’s current embrace of outsiders due in part to the political triumph of the liberal values promoted by Hollywood — as well as a backlash against them?

As movies, music and television work to promote the rights of the marginalized — women and minorities, including Blacks, Latinos, and the LGBTQ community — many straight, white, middle-American men increasingly feel that they’re no longer reflected in mainstream culture … except, perhaps, as the crude patriarch on Family Guy. Making fun of men, and of white middle class men in particular, is fair game.