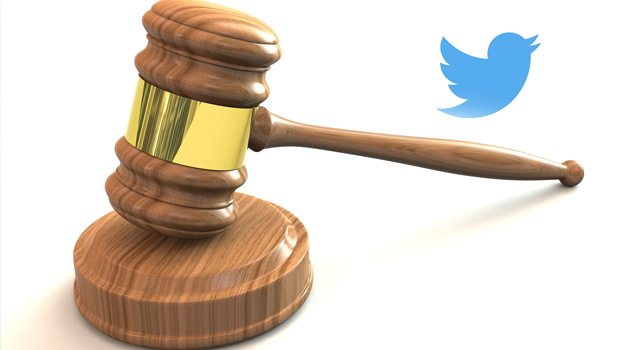 Where does free speech begin and end on Twitter? According to the Ontario Superior Court, it can’t be limited merely by a person’s hurt feelings. Lots of things get said online that are offensive, nasty and cruel – but that doesn’t necessarily make them illegal. (If they did, Donald Trump would likely be before the courts too, but at last check, he’s still running for the Republican nomination).

On January 22, the verdict came down in the case of R. vs. Elliot.  It involves a Toronto graphic artist, Gregory Alan Elliott, who was arrested and charged with two counts of criminal harassment against two Toronto feminist activists, Stephane Guthrie and Heather Reilly. Elliott had met Guthrie when she was looking for someone to design an event poster for her group, Women in Toronto Politics (WiTOpoli). Elliott never did any work for her, but they later became embroiled in a Twitter feud over her remarks on, among other things, a repugnant and violent video game.

The game, designed by one Bendilin Spurr, a man from Sault St. Marie Ontario, was called “Beat Up Anita Sarkeesian”. Players scored points by punching an image of Sarkesian, a noted feminist, in the face, until the screen was saturated with virtual blood. Guthrie criticized the game, endured a barrage of online vitriol, and then took the matter to Twitter:

“So I found the Twitter account of that f–k listed as creator of the ‘punch a woman in the face’ game. Should I sic the Internet on him?”

With the encouragement of fellow tweeters, Guthrie then proceeded to send “prospective Sault Ste. Marie employers” and the local newspaper information about Spurr’s game. She became engaged in a heated Twitter debate over this decision, including exchanges with Elliott.

Eventually she blocked him, but then later communicated with him anew. Guthrie claimed Elliott then indirectly communicated with her by tweeting message with hashtags he knew she tracked, and would thus read. This interaction continued over several months. Unraveling the who-was-communicating-with-whom through a maze of hashtags and handles appears to be an excruciating task; just reading Justice Brent Knazen’s lengthy judgement makes your head hurt.

This conversation-by-hashtag-proxy eventually involved Reilly, who also supported WiTOpoli. It continued over several months, until an incident on September 10, 2012. That evening Reilly and some of her friends gathered at a local lounge bar, and tweeted about their meeting. According to the judgement, “Ms. Reilly recalls Mr. Elliott tweeting to the effect of “a whole lot of ugly at the Cadillac Lounge.” It is not clear how she heard about this, but it was through a tweet of which she could not “recall the verbiage”… Although he could have known from her or her friends’ tweets that they were at the Cadillac Lounge, she concluded that the individual who was harassing her on Twitter, as she referred to Mr. Elliott, was potentially in the same location as she, and that that was “concerning”.”

It turns out that Elliott was not at the lounge, but the possibility of this leap from the virtual world to the real world, appears to have been a turning point for Reilly and Guthrie. Shortly thereafter, they filed complaints with the police for harassment.

According to the caselaw, “Harassment means causing someone to be tormented, troubled, worried continually or chronically plagued, bedevilled and badgered. It is not sufficient that the complainant be “vexed, disquieted or annoyed.”” For his part, the defendant had to know or be reckless as to whether the complainant was harassed – and not wilfully blind to it, either.  Finally, the complainant had to have a fear for her safety that was reasonable under the circumstances.

While judge Knazen did find that Ms. Guthrie was harassed by the repeated nature of the communication, he found that nothing in the tweets themselves posed a violent or sexual threat to her. He concluded that it was thus irrational for Ms. Guthrie to be afraid. Without that element of reasonable fear, the charge of criminal harassment failed. It also failed against Reilly, for the same reason. The judge further noted that “Ms. Reilly was herself attacking Mr. Elliott, by using #GAEhole, retweeting the false allegations about his creeping on 13-year-olds, and encouraging others to deface his artwork in her retweets of August 24 and 25.”

This tit-for-tat tweeting sits at the heart of the matter. A review of the tweets from both sides reads like high school bullying gone bad: an attempt at affection rebuffed, snarky comments back and forth, rude and obscene language, talking indirectly through hashtags much as teenagers tell their pals to talk to other teenagers for them. It’s like a grownup version of Taylor Swift’s annoying lyric, “You go talk to my friends talk to your friends talk to me. We are never EVER EVER getting back together.” Except that here, no one was ever together in the first place.

The judge writes that “Ms. Guthrie’s view is that if he was using her handle or a hashtag that she created or was associated with, then he was attempting to communicate with her. This made her feel stalked and harassed. Ms. Reilly agreed with this analysis in reference to Ms. Guthrie…. Mr. Elliott’s reply sums up the defence: “She doesn’t own a hashtag. Twitter’s public. What kind of elitist control freaks are you? Censoring Twitter? Go to Facebook”.

No matter how creepy Elliott was, he’s right. Twitter is public. If you don’t want to talk to the world, don’t go there. A barrage of tweets can make anyone feel under siege, but you need more than this to constitute reasonable fear. The sad truth of Twitter is that it is so uncivil, on all sides, that the threshold for harassment has risen to unattainable heights. Nasty has become the new normal. Petty is the new paradigm. We are free to speak our minds, but it’s a shame they’re so damn mindless.