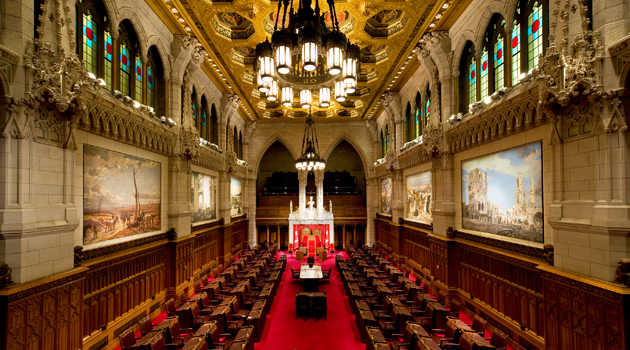 This story just keeps getting worse, and it’s not doing the Chamber’s rep any favours

A new children’s book tells us that senators are the ‘wise old owls’ of Canadian politics. According to some former Senate staffers, one member of the Upper Chamber might better resemble a duck — a bird known for mating habits that are less than consensual.

Don Meredith, named to the Senate in 2010, most recently made headlines over his sexual relationship with a teenage girl. Now, three of Meredith’s ex-employees have spoken to the Huffington Post about sexual harassment and bullying allegations under investigation by the Senate Ethics Office, which first emerged way back in 2014.

The allegations are highly disturbing. According to two female ex-employees, Meredith had a practice of closing a double set of doors to his office whenever he wanted to work with them: “Once the doors close — which was not able to be opened from the outside if it was locked — well, I felt like I was trapped and he was able to touch me and be very … all over me.”

The woman further alleged that the senator, an ordained pastor, used his faith to harass her: “The way that his religion prays is to actually put a hand on the person next to you — and he would use that excuse to touch me more than just putting his hand on my shoulder for the prayer …” — by touching her breast or bottom, for example. The experience, she said, “was sickening” and made her feel violated “every time.”

Why didn’t the employees immediately report the harassment, or quit? Meredith allegedly told one woman “he would hunt [me] down if I ever would talk” and threatened to ruin employees’ careers. Another former male staffer said that “you get caught up in there, and the psychological pieces come to bear whereby you don’t want to quit or you need your job … You need to make bills. You have family. You think you can survive it, but then over the long haul, it’s like torture.” That same employee described working for Meredith as “just a horrible professional experience.”