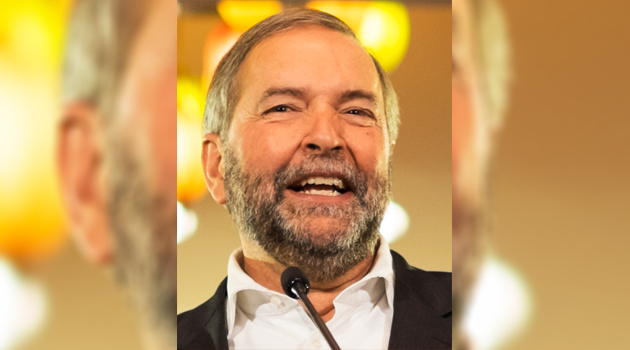 Has the federal NDP leaped forward, backward, or into a pit of confusion? At its Edmonton convention this weekend, the party dumped centre-left leader Tom Mulcair on an ignominious 48 per cent vote of support — a clear (and brutal) sign that it wants a change in direction.

Earlier in the day, delegates endorsed the principles of the hard-left Leap Manifesto, which calls for swift transition to a no-carbon economy, kiboshing the construction of infrastructure that would contribute to oil extraction. Yet at the same convention — held in Canada’s petroleum heartland — delegates cheered both Alberta Premier Rachel Notley, who spoke about the need for a pipeline, and former Ontario NDP leader Stephen Lewis, who believes Canada should leave its oil in the ground.

So at the end of this exercise, the party emerged leaderless, rudderless — and deeply divided. “I’m spitting angry,” said Alberta labour leader Gil McGowan. “These downtown Toronto political dilettantes come to Alberta and track their garbage across our front lawn … It makes them feel good to say that we have to deal with climate change and shut down the fossil fuel industry, but they ignore what they say has real implications for real people.”

This may not be the result the NDP leadership had in mind. Delivering free ammo to Alberta’ Wildrose and Conservative parties definitely wasn’t on their agenda. And that chuckling sound you’re hearing in the distance is coming from the federal Liberals, who now can expect to laugh all the way to the 2019 election.

Read the full article on iPolitics here: The NDP takes a flying Leap — off a cliff