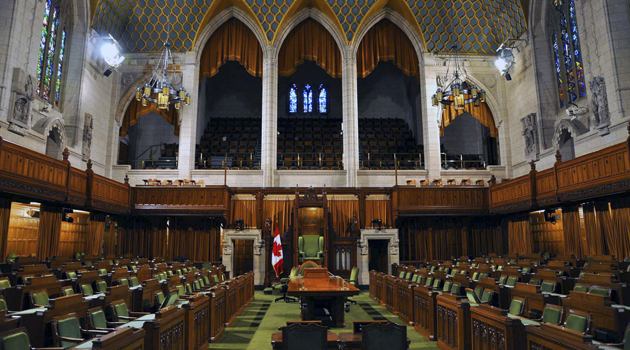 The referendum pitch gives the PM what he needs most: an excuse to drop the whole thing

A referendum if necessary, but not necessarily a referendum. That seems to sum up the NDP’s latest position on electoral reform, advanced this week by the party’s reform critic, Nathan Cullen. While the party previously was lukewarm, if not downright hostile, to the notion of submitting options for reform to a plebiscite, Cullen had this to say to the media on Wednesday:

“We have some reservations, of course, because referendums are very powerful tools. They have to be handled with a great deal of respect and done properly in order to be effective … Yet in order to achieve consensus at this committee, which we believe to be possible, from all of the party’s perspectives … we think the option of a referendum should be included in the committee’s final report.”

This climbdown apparently caught the Conservatives by surprise. The Tories have called for a referendum from the beginning, as has the Bloc Québécois. Green Party Leader Elizabeth May also has come to support the idea. Together with the NDP, the opposition members form a majority on the committee.

And as Cullen pointed out, “it would be strange if we had a scenario in which the opposition parties were able to make concessions and come to an agreement to help the Liberals fulfill their campaign promise … and have the Liberals opposed to that.”

Strange, indeed. And probably unlikely. Which may — paradoxically — suit the governing Liberals just fine, despite Prime Minister Justin Trudeau’s oft-quoted campaign pledge to ensure “that the 2015 election will be the last federal election using first past the post.”

The Liberals pledged to change the voting system when they were the third party, grasping at any policy straw they could find. But now that they’re in power, doubtless they’re asking themselves: Why change the system that handily gave them a majority? And why change it to something that could prevent them from obtaining a majority in the future?