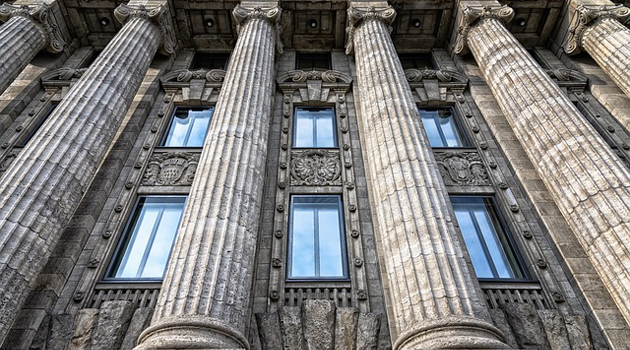 In the aftermath of Canada’s 44th federal election, the Conservative party is at a crossroads. Under two successive leaders, Andrew Scheer and Erin O’Toole, it has attempted to rebuild its fabled “big tent,” and failed.

That tent has taken different forms over the years. From 1984 to 1993, with party leader Brian Mulroney in the Prime Minister’s Office, it was composed of an amalgam of Quebec nationalists, Ontario Red Tories and Western fiscal hawks. From 2006 to 2015, with Stephen Harper at the helm and in power, it comprised a microtargeted mix of suburban and exurban Ontario families, “bleu Québécois,” and the Western remains of the Reform Party.

In both cases, however, the tent wasn’t the only factor for Conservative success. Other elements included fatigue with previous Liberal administrations, and weak Liberal leaders. In 1988, Canadians rallied to the grand cause of free trade; in 2011, a split in the progressive vote allowed the Conservatives to conquer the 905 area surrounding Toronto. And in both cases, the party was headed by two strong leaders, one who excelled at cultivating caucus loyalty, the other a master tactician and strategist.

It is fair to say that neither Scheer nor O’Toole is cast in either mould. But the failings of the Tories cannot be laid solely at the feet of the messenger; the message is also the problem. As in 1993, the party is divided and struggling to define itself. Is it in favour of carbon pricing, or does it not believe climate change is real? Is it going to ban assault-style weapons, or keep them around? Is it a party of fiscal prudence, or post-pandemic largesse?

A political party is not an all-you-can-eat buffet. The more choices on offer, the greater the likelihood they will be bland and unappetizing, since it is impossible to cook every dish equally well, or appeal to every type of palate. The party needs a signature dish, a recognizable menu, and most importantly, an authentic atmosphere. A French bistro that suddenly offers takeout sushi is not what patrons — or voters — want. They don’t trust the chef to make what he does not know.

Thus, when O’Toole morphed from right-wing leadership candidate to centrist party leader, he was doomed to fail. Things looked bright for a while, but voters caught on. O’Toole flip-flopped on the gun issue, could not explain his carbon savings account policy in fewer than 1,000 words, and tried to out-nationalize Quebec nationalists. Voters were left wondering what the party really stood for, and who he really was. And now the party is left wondering what to try next, after its latest attempt at reinvention has failed.