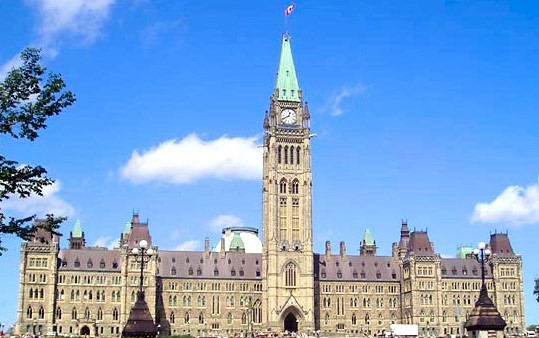 Parliament’s back, and all parties are raring to go. With terrorism on the front pages, the loonie in free fall, and an east-west divide over oil, it should make for a lively session. Here are the top three issues you can expect to see in Question Period in the days to come.

The fight against ISIS. Just what are the Liberals planning to do – and when are they planning to do it? Canada’s CF-18s are still flying bombing missions, despite the election pledge to withdraw them.  The combat mission is supposed to end in March, yet these is no definitive sign that it will. Prime Minister Justin Trudeau promised to boost Canada’s training contribution, but the Liberals have yet to announce troop numbers, or locations.

Meanwhile, the terrorist strikes in Jakarta and Ougadougou which killed seven Canadians last week brought fresh calls to keep our fighters flying, including from the mother of one of the victims.   And Canada saw its coalition partners sit down to plan the mission without it – a sign, some say, that our government has lost credibility with its allies.  All this puts Defense Minister Harjit Sajjan and Foreign Affairs Minister Stephane Dion on the front lines of combat in QP – and neither Tory hawks nor NDP doves are likely to hold their fire.

The struggling economy. As the price of oil sags, China’s markets slump, and the Canadian dollar slips, the economic picture here and abroad looks increasingly bleak.  Even Bank of Canada Governor Stephen Poloz is hedging his bets, waiting to see how fast and furiously the government turns on the stimulus tap.

But splashing out on infrastructure won’t necessarily cure what ails us, especially if projects aren’t shovel-ready.  Even if they are, there’s a real risk that the (borrowed) money will be spent on things that won’t encourage lasting growth – but will be politically expedient.  There’s also a lot of debate over just how much spending is needed, and where. Watch for the red ink to start flowing before the budget comes down in February or March – and the rhetoric, even sooner.

Pipelines. Yes, you read that right. After distancing themselves from Northern Gateway,  losing the fight on Keystone XL, and getting no campaign boost from Energy East (even with a scandal involving the Liberal co-chair) , the Opposition Conservatives have suddenly rediscovered their love for pipelines. Thanks to Trudeau, for his Davos remarks about prioritizing resourcefulness over resources, Montreal Mayor Denis Coderre and Calgary Mayor Naheed Nenshi, for their spat over Energy East, and Saskatchewan Premier Brad Wall, for tough talk over equalization, the Tories now plan to beat this drum, and loudly.

But wait – weren’t the Tories the government for the last nine years? Apparently that’s just water – or oil – under the bridge.