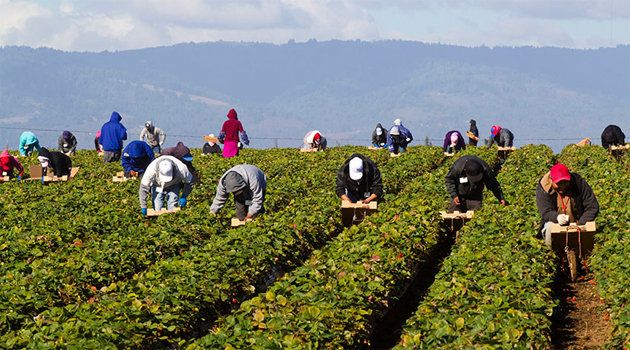 Somewhere, Jason Kenney is having a good laugh

The weather may be hot, but Canada’s latest economic indicators are stone cold. In July, the country lost 31,200 net jobs, the biggest one-month drop in full-time work since 2011.

In June, Canada’s global trade deficit hit a record of its own: $3.6 billion. Said BMO Chief Economist Doug Porter: “The overall story here is the Canadian economy is barely growing … And the drag on the economy is in the export sector, the one area of the economy where I think there were very high hopes. We’re basically still incredibly dependent on consumer spending and housing to keep pulling the economy along.”

Yet despite the drop in jobs and stagnation in exports, the Trudeau government apparently is considering easing restrictions on foreign workers. The Globe and Mail reported this week that “a Liberal-dominated House of Commons committee has completed a report on options for altering the controversial program and will make the recommendations public next month when Parliament resumes … The report is expected to acknowledge the need for temporary foreign workers in specific sectors and will stress the importance of providing foreign workers with options to become permanent Canadian residents.”

The report was completed in June, before the bad July jobs numbers were known. But despite the worsening economic climate, the report’s recommendations remain on the table. On a recent trade trip to China, Immigration Minister John McCallum suggested that the Liberal government would make it easier for Canadian companies to bring in foreign workers. “We’re also going to reduce some of the barriers and the silly rules … in order to give companies freedom to bring in the best and the brightest. We’ll get rid of many of these (required) labour-market impact assessments which slow things down enormously.”

The “silly rules” in question supposedly relate to restrictions on visiting professors, but a spokesperson for McCallum also said that labour-market impact assessments in certain cases would be waived to help attract top talent. So McCallum was not talking about opening up seasonal worker jobs or other low-skilled work; he was talking about higher-level, higher-paid employment — the kind that middle class, educated Canadians likely would covet for themselves.