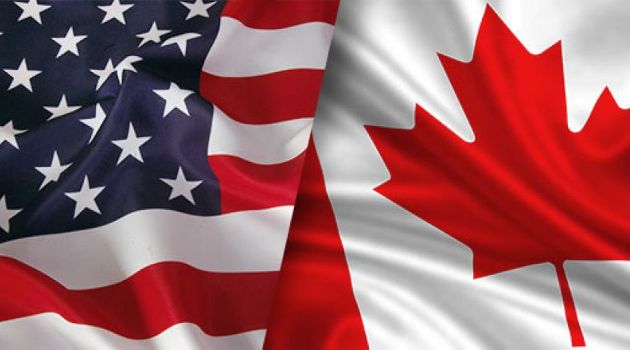 Trudeau’s meeting with Trump went about as well as everyone hoped.

If a picture is worth a thousand words, body language has to be good for at least a million.

On one side, there was the guest: Prime Minister Justin Trudeau, sitting stiffly, legs crossed, perched on the left side of his chair, looking straight ahead and wearing what could only be described as a ‘fixed’ smile.

On the other, there was the host: President Donald Trump, taking up his entire seat, legs wide apart, leaning forward, hands clasped in front of him, his gaze sweeping the room. There was the handshake — a scant six seconds, compared to the 19 second marathon inflicted on Japanese President Shinzo Abe — but which was preceded by a split second of Trudeau staring warily at Trump’s outstretched palm, like a gazelle eyeing the paw of a lion.

(Or, to use his father’s words, a mouse sizing up an elephant. Ironically, Trudeau’s choice of official gift traded neatly on his father’s reputation: a framed photograph of a young Trump giving a speech to honour Trudeau pere, cleverly playing to both the president’s vast ego and love of dynasty.)

The overall tableau conveyed the power imbalance between not only the two men, but their respective countries. However much we like to remind the Americans that their economy depends on ours — and Trudeau did so in both English and French at today’s press conference — the United States is the senior partner in this relationship, and not just in dollars and cents.

Canada depends on America for its security: the U.S. military umbrella — NORAD in particular — plays a huge part in our nation’s defence. But we also depend on our neighbour’s good graces for our existence as an independent nation; apart from the War of 1812, we have never fought against the United States. Considering the disparity in the sizes of our respective military forces, this is a very fortunate thing.

Indeed, for most of their history Canada and the U.S. have perfected the art of cooperation, punctuated by polite disagreement. The two countries have diverged on any number of policies — engagement with Cuba, trade on softwood lumber, war with Iraq — but have remained the best of neighbours and allies. And though not all president-prime minister relationships have gone smoothly (no love lost between JFK and John Diefenbaker, or Richard Nixon and Pierre Trudeau) some have been remarkably close (Brian Mulroney and Ronald Reagan, Justin Trudeau and Barack Obama).