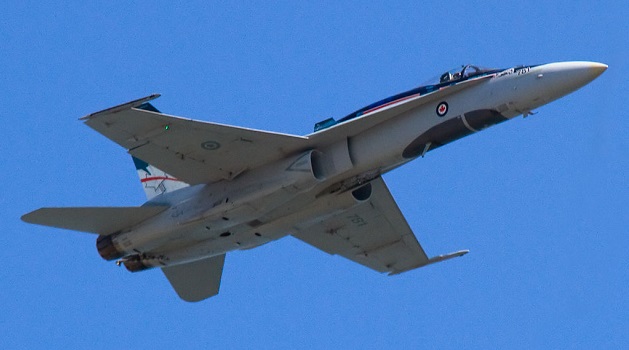 Today, Canadians finally learned what Ottawa’s plans are for the fight against ISIS. The list of commitments is long and expensive. Canada will spend $1.6 billion over three years on security, humanitarian assistance, and governance. Our Armed Forces will continue to maintain one CC-150 Polaris aerial refuelling aircraft and two CP-140 Aurora aerial surveillance aircraft in the field. They will more than triple their training commitment from 69 soldiers, bringing the total Canadian contribution to 830 troops. Canada will deliver $840 million in humanitarian assistance and $270 million in ‘capacity-building’ for refugees.  And, as the Liberals promised during the election campaign, Ottawa will withdraw our CF-18s from the bombing mission.

At the press conference laying out the new mission, Prime Minister Justin Trudeau attempted to differentiate between his government’s approach and that of the previous Conservative administration. “The lethal enemy of barbarism isn’t hatred, it’s reason,” he intoned. “And the people terrorized by ISIL every day don’t need our vengeance, they need our help.”

It was high-level rhetoric, delivered in Trudeau’s trademark theatrical cadence. But it wasn’t enough to distract from the nagging question, repeated over and over by the assembled reporters: why bring home our CF-18s? Couldn’t we increase training and aid, but still remain part of the bombing mission?

Trudeau responded that, “In any mission we need to make choices.  We cannot do everything. In our decision we were guided by our desire to do what we can do best in the region.”  Which in his view, was training local forces, based on the expertise Canada developed in Afghanistan.

So at the technical briefing which followed the press conference, CP journalist Jennifer Ditchburn asked Chief of Defence Staff Jonathan Vance the same question. Was there a reason, financial or otherwise, that Canada could not increase its training commitment and continue to keep our six planes in the air? Vance’s non-answer echoed Trudeau’s: “The fact is that we’ve been directed to look at changing the mission… and that’s where we’re at…  we’re comfortable that we can sustain it over the long term.”

Actually, there was only one logical reason for pulling the planes, which Ditchburn pointed out in a follow-up question: politics. And today the full extent of it became apparent.

No more dropping bombs on rebel strongholds, and the inevitable collateral damage to the local civilian population. No more visuals of devastated cities with refugees staggering about, courtesy of our armed forces. That’s a promise that particularly appealed to more pacifist NDP voters, who recoil at this sort of imagery – and who the Liberals needed to bring over, to win the  election.

Except that as we learned today, those voters were duped, because Canada is still going to be assisting in the bombing. When asked by the CBC’s Julie Van Dusen whether our planes were needed in the Coalition effort, Vance responded,

“I’d like to put you all in a Coalition context… There is sufficient airpower available to the Coalition to achieve the objectives they need to achieve with airstrikes… We’re going to perfect our efforts in targeting – in finding targets for the coalition aircraft to strike.”

In other words, we’ll help our allies figure out where to bomb. So when those bombs get dropped, they will still have a Canadian component. We just won’t be physically dropping them. So much for Liberal election promises to refocus on humanitarian, training and development priorities.

But it gets better. When asked whether Canada will continue to mark targets in the field, Vance answered “Yes, we will mark targets for the purposes of the defense of Iraqi forces and in the defense of ourselves and as they conduct offensive operations… we will assist in all aspects of their operations.” Vance also confirmed that the likelihood of Canadian casualties will increase, due to the greater number of trainers present.

So for all those voters who morally objected to bombing, sorry, Canada will still have a hand in it. As for the two out of three voters who say they want us to keep our planes in the game, because they justifiably fear damage to Canada’s international reputation and mission, they’re out of luck too.  It seems like the only satisfied customer in this scenario is the Prime Minister. That’s because he already won his war, back on October 19.