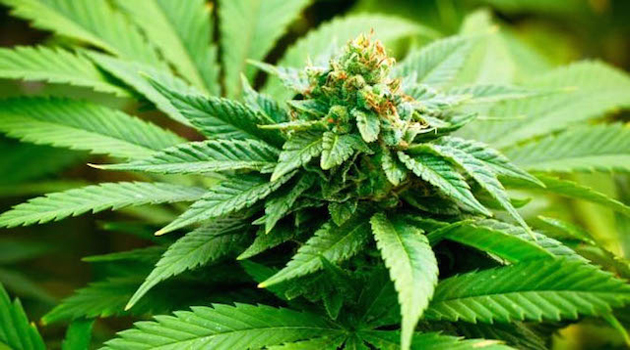 Oh cannabis, we stand on guard for thee. By now you know that the Trudeau government plans to make recreational marijuana use legal by July 1, 2018 and is “scrambling” to draft a bill by April 20 — in time for ‘4/20’, the annual event which sees pot enthusiasts gather from all over to consume their drug of choice in public.

On AM640 radio in Toronto, self-proclaimed ‘Prince of Pot’ Marc Emery crowed about the significance of the two dates. “It’s exciting to see it actually put down in numbers, that it’s coming out just before our national holiday, April 20, next month … and then on cannabis day 2018 it’ll be legal … we celebrate both those holidays in Canada with lots of celebration with cannabis and so those are appropriate days to introduce the legislation and make it legal.”

Personally, I don’t relish the thought of my seven-year-old standing in a cloud of second-hand marijuana smoke at our local Canada Day celebration, asking me why the maple leaf on the flag has been replaced with a pot plant. If legalizing marijuana is really meant to keep it out of the hands of children, then why plan to make it legal in time for Canada Day, when thousands of kids are congregating on Parliament Hill and other public places with their families?

Marijuana advocates may accuse me of over-reacting. (The government had to pick a day, so why not that day?) But that’s the point: Why does legalization have to be planned around that day in particular? Why drag our national holiday into the spectacle, instead of just passing the bill and getting back to business? Is Trudeau planning to toke up on national television, the better to nail down the votes of marijuana enthusiasts?

We are, of course, talking about a government timeline for legislation — the sort of thing that tends to go sideways. Enacting a federal law is just the first step; the provinces will have to deal with the devilish details of point-of-sale, health impacts and law enforcement issues, including a potential increase in cases of driving under the influence.