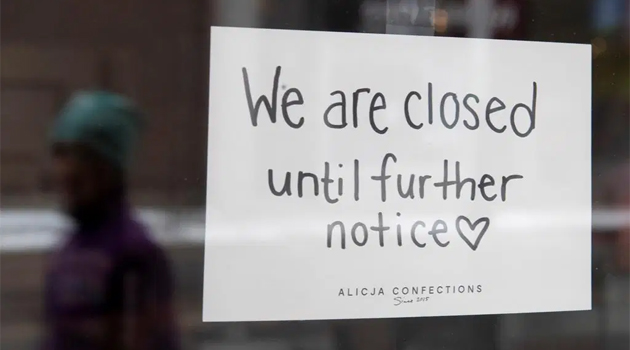 Food. Drugs. Ventilators. Welcome to the survivalist economy, where production is stripped down to the bare bones — the things that people cannot do without or they will literally die. Governments have declared your local Loblaws an essential service, drug companies are racing to find treatments and vaccines, and auto manufacturers are retooling their plants to produce life-saving medical equipment.

If you’re in these businesses, you’ve never been more vital. But what about the rest of the economy?

Already, Amazon has stopped accepting deliveries of “non-essentials” at its warehouses. Little luxuries, like organic room fresheners and two-colour markers, won’t make the cut. Neither will other things we take for granted, like wall art stickers, flameless candles and refills for 3Doodler pens. That’s all stuff our household has ordered in the last year — stuff that made life more pleasant but that we could, in retrospect, have easily lived without.

Not just because it won’t be available but because even if it were, we won’t be able to afford it in a world where nearly 1 million Canadians have applied for employment insurance since March 16. That number could rocket higher, given that 2 million Canadians are without permanent work arrangements, according to RBC Economics. Money will be beyond tight. No more racking up the credit card. For all but the wealthy, every purchase will have to be weighed and calibrated. Middle-class people who took casual consumption for granted will tell their kids to use both sides of every piece of paper and save every leftover bit of dinner in the fridge.

Read the full column on Global