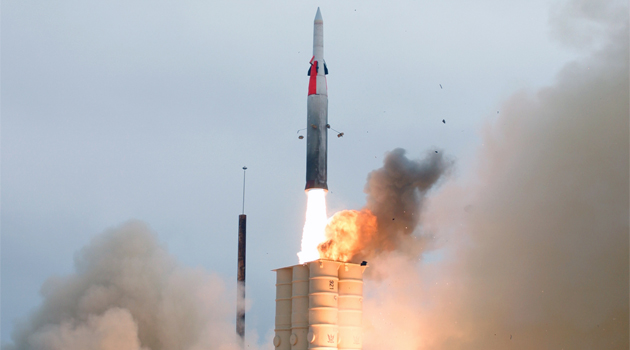 The Force has awakened — and it may be with Canada. Last week, Defense Minister Harjit Sajjan released a document which once again raised the question of Canada’s participation in the United States’ Anti-Ballistic Missile Program.

The ‘Star Wars’ missile shield concept was first floated three decades ago by U.S. President Ronald Reagan. It imagined laser beams mounted on satellites in outer space, shooting down enemy missiles in flight before they could hit their targets. Critics ridiculed the project as badly-scripted sci-fi, but it never completely went away: Successive Republican and Democratic administrations kept funding research, though at a regional defence level and involving planes instead of satellites.

After the 9-11 terrorist attacks, President George W. Bush touted a ballistic missile defence system as a way to defend against terrorist groups like al Qaida and rogue states like Iran. His initiative proposed a missile defence shield covering not only North America, but Europe as well. In 2005, after a fierce public debate, Canada decided against joining with the U.S. in developing the program. Opponents cited sovereignty concerns, costs and the massive technical challenges confronting the project. Martin’s minority government also was facing an imminent election at the time, and did not want to be seen partnering with the unpopular Bush administration — particularly after Prime Minister Jean Chretien kept Canada out of the U.S.-led war in Iraq.