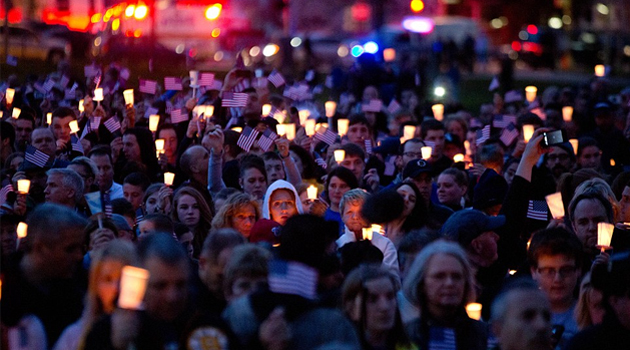 The CPC risks being ripped into moderate and ‘alt-right’ camps

As the leader of what we once called the Free World, now the Land of Indefinite Airport Detention, issued his executive order banning travellers, immigrants and refugees from seven predominantly Muslim countries, the rest of the globe reacted with a mixture of shock and dismay.

Protests sprang up in America and abroad. A petition asking that Trump be banned from visiting the U.K. picked up over 1.5 million signatures (still counting). Tech companies set up multi-million dollar funds to fight the travel ban. And lawyers flocked to airports with hand-lettered signs offering to work for free (now there’s something you don’t see every day).

Meanwhile, in Washington D.C., Trump’s spokesperson, Sean Spicer, cited the deadly attack on a mosque in Quebec City as proof that the president needs to be proactive to keep America safe. The president’s advisor, Kellyanne Conway, had more pressing matters on her mind — like bemoaning the fact that none of the journalists who “talked smack all day long about Donald Trump has been let go.” And Trump himself continues to insist his Muslim ban is not a Muslim ban, despite having campaigned on a Muslim ban and asking supporter-in-chief Rudy Giuliani to come up with one.

The world has turned upside down, backwards and inside-out. It’s as if we have fallen down a rabbit hole and emerged in some bizarre dystopia where facts have ‘alternatives’, only the president can be trusted to tell the truth, and Orwell’s Nineteen Eighty-Four seems more like prophecy than fiction.

And until the violence in Quebec City, it seemed like Canada was one of the few sanctuaries of sanity left. Now the ugliest incarnation of prejudice — an armed attack against defenceless people — has shattered that image as well.

Some have been quick to blame the attack on Trump’s rhetoric south of the border, bleeding into Canada. “I believe it cannot be isolated at all,” said MP and CPC leadership candidate Deepak Obhrai. “I do believe … that the anti-Muslim feeling has arrived in Canada. When you start politics, play divisive community-based politics, the consequences are what we saw in Quebec City.”