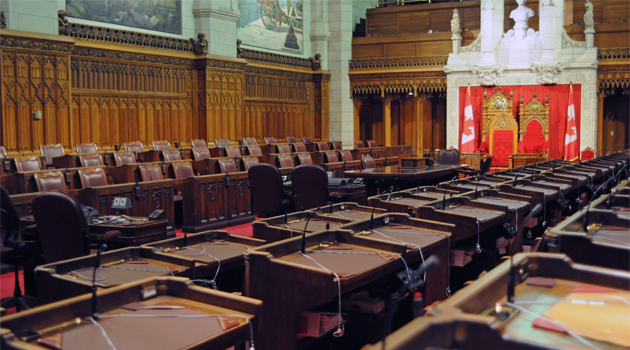 What is the role of the Senate in the government of Justin Trudeau? Is it an independent chamber of sober second thought? A giant rubber stamp for government business?

Increasingly, it appears to be the latter. This week, Government Senate Leader Peter Harder announced that he would hold a closed door meeting “for senators only” to discuss the government’s “short-term and long-term government business.” This alarmed opposition senators who see it as another attempt to transform the institution into a pro-government cheering section.

Here’s how former Conservative Senate leader Carignan put it: “(Sen. Harder) wants to change the Westminster system where you have the government side, the opposition side, and a third party or the Independents. He wants to have all senators where they are like a big advisory committee where you don’t have an opposition with a structure. That’s the objective.”

Such a structure would be a fundamental departure from the adversarial nature of Westminister Parliaments, where debate is fundamental to democracy. The opposition has a duty to counter the government position — a duty it can only exercise if there’s an organized opposition caucus from which to do so. But Harder has already intimated that under the new rules of “independent” senators, such a structure may disappear.

At first blush, the notion of a non-partisan Senate might seem like a breath of fresh air, a welcome departure from the rancor and partisanship of the past. The image of the Senate as an unaccountable sinecure for bagmen and party acolytes reached its peak during the last days of the previous Conservative government. Between the fraud trial of Senator Mike Duffy, a slew of suspensions over spending scandals and an audit that saw dozens of senators pay back unjustified expenses, the institution fell so far out of favour that most Canadians were calling for its reform, if not its outright abolition.